This Donut Design is a Free Pattern that can be used to make toys, props, coasters, or even appliqué for other projects

National Donut Day is here, and today I’m sharing a festive and quick pattern to crochet your own colorful donut. With this design you can make just one piece to use flat as a coaster or as a decoration. You an also make two donut sides and stitch them together with a bit of stuffing to make a rather realistic and life-sized donut that is 3-dimensional. 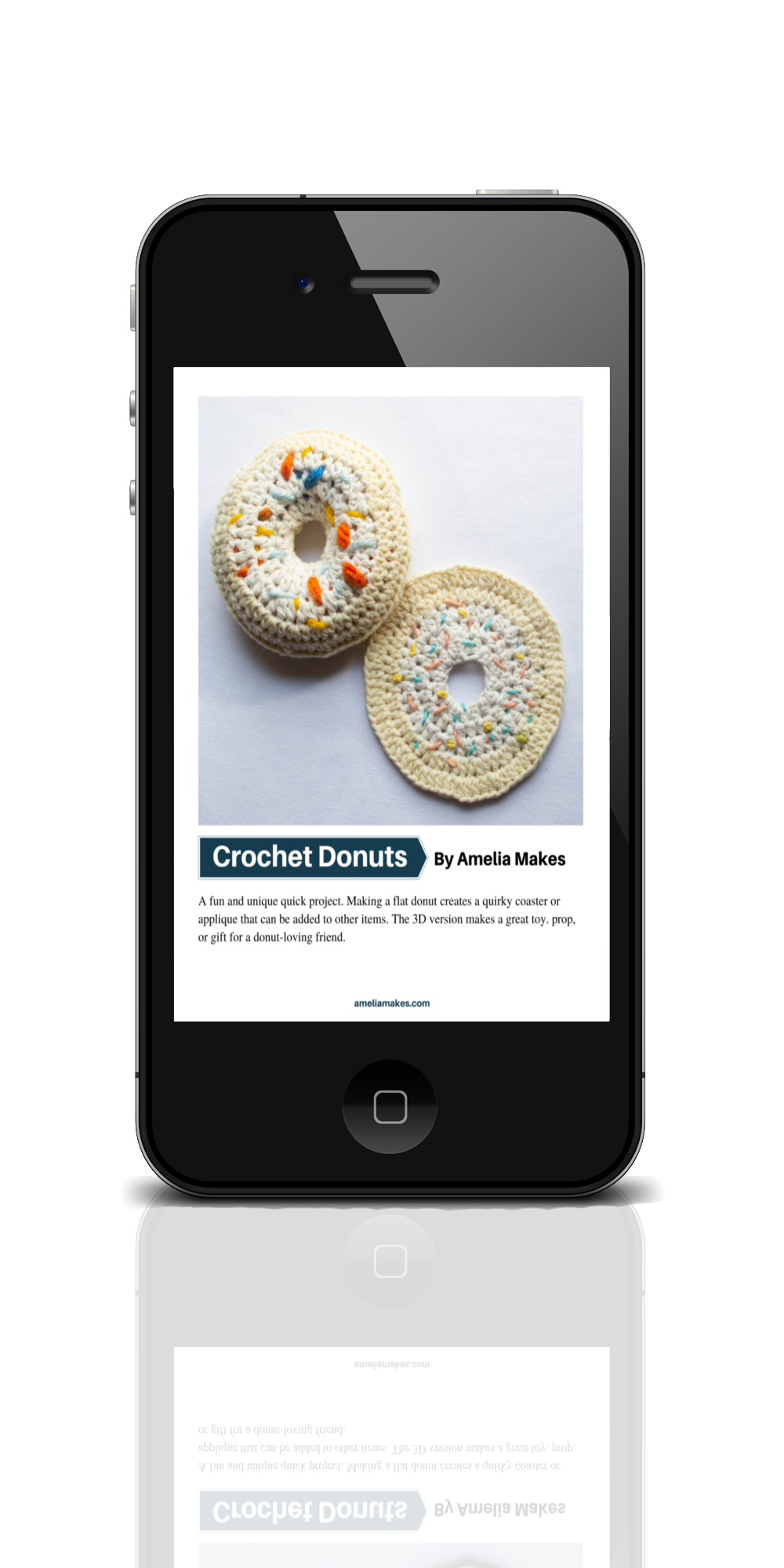 When I found out that Donut Day was coming up quickly, I wanted to make this project just for fun to share and to give everyone a quick project to do. Surprisingly, as this pattern came together it turned out to be a lot more useful than I was expecting.

The flat version of this donut can be made into a coaster or stitched onto a fun blanket or other project, as well as used for decoration. The 3D crochet donut, on the other hand, works well as a toy/gift idea but could also be a really unique photo prop.

And while there are other crochet patterns available for making donuts, this a little different in being easy to work up. It uses mostly half-double crochet stitches, and the “icing” is worked right into the main piece of the donut(instead of being an extra layer). Both of these things mean that the pattern is finished very quickly-it really can be a nice impulse project to make in between other things or “just because”.

One other thing I like about this pattern is how it uses up little pieces of yarn. Recently I started saving my yarn ends instead of throwing them away. Some of the ends I had collected so far was perfect for my 3D donut, and the rest I used as part of the stuffing!

In addition to being able to download this pattern for easy access, you can find the full directions below.

If making a 3D donut as a toy, etc., make another donut just in color 2. After adding sprinkles where you want, seam the two pieces together with slip stitches (around the both the inner and outer edge of the donut) and stuff with fiberfill. Work from the bottom of the donut while seaming for a cleaner look.

With one or multiple colors of yarn, make stitches around the top of the donut wherever you want to create the look of sprinkles. A tapestry needle works well for this, but a crochet hook can also be used if it is small enough.

Straight stitches in various sizes are great for sprinkles, but for a little more variety different stitching techniques can also be used like French knots. While I didn’t do this in either of my examples, I think beads would also be very pretty stitched on.

Here’s one of my own donut pieces waiting for sprinkles:

On the wrong side of the work, different ends of yarn can simply be tied together and trimmed short.

When finished, simply weave in the few ends that you still need to!

I hope you enjoy this pattern and that it brings a smile to your face as a fun little project you can whip quickly. If you’d like to see new patterns, projects and news right away, be sure to sign up for my emails! As a bonus, you’ll get the downloadable version of this donut pattern right away. You can also pin this project for later or reach out to me with any feedback about the pattern. I love to hear from my readers!

FREE checklist for getting started:

Looking for something specific?

Get the FREE Surprise Pattern Bundle

Learn to Crochet the Jasmine Stitch

Let me know where I can send your free patterns: